This post may contain affiliate links, which means I make a small commission that will go towards supporting All Natural & Good.

Homemade Fireball cinnamon whiskey is an awesome DIY project. I especially love drinking Fireball during the holidays or for social gatherings and parties. This recipe uses only natural ingredients, no corn syrup, dyes or additives.

If the Fireball recall bothered you, this recipe will sure make you feel better.

Homemade Fireball cinnamon whiskey is so good! Not to mention, it is also so much cheaper than buying regular Fireball. I love the rich, natural cinnamon flavor of homemade Fireball! The best thing about this recipe is that it uses mostly organic ingredients, so you don’t have to feel so guilty for enjoying it!

Warning: This recipe takes about 5 days to complete from start to finish. Although it is easy to make, the infusion process is what takes 5 days.

Check out my new fall dessert recipe – Fireball Pumpkin Pie! Use your homemade Fireball to make a delicious and unique pie.

If making Fireball was a success, learn how to brew Ginger Beer so you can then make a Fiery Mule cocktail and impress all your friends with your sophisticated libations!

Check out this awesome tutorial video from Whiskey With Wes: 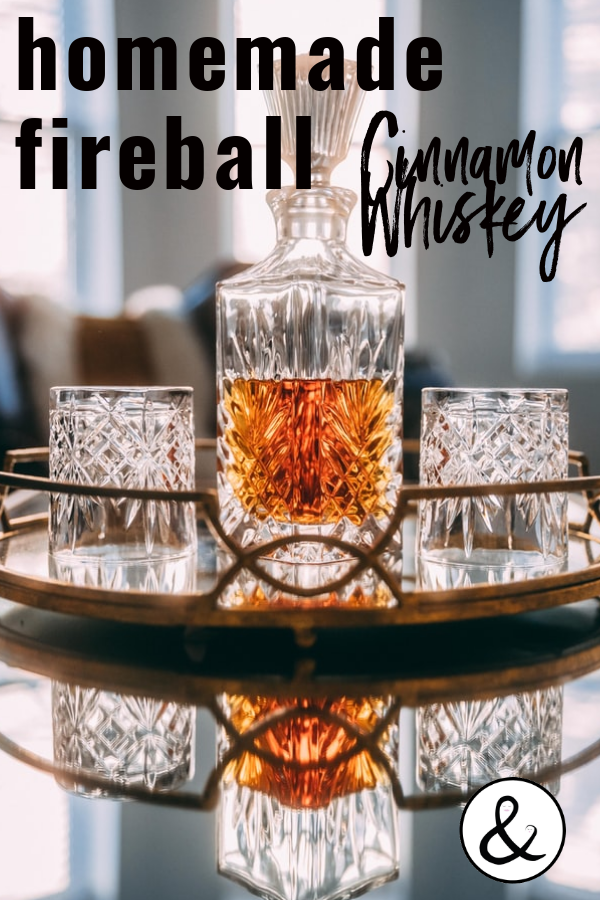 Tabitha Frost
Learn How to Start a Mom Blog